If you are in a hurry and just want to find out what the best tennis ball machine is, then we recommend the Spinshot Player Tennis Ball Machine as the best one.

Having a training partner is a must in tennis. How else are you going to train your shots to perfection? However, the reality with training partners is that they aren’t always free for you, and they can only do so much in order to challenge your skills.

In this article, we’re going to review the following tennis ball machines:

Things to look for in tennis ball machines

Any kind of tennis ball machine is going to have some ball speed adjustment. However, the range in which the ball speed can be changed varies from machine to machine. Some machines allow for adjustment in a 10-80 mph range, while others are limited to something like 20-65 mph.

Skilled tennis players would most likely benefit from a wider speed range more since it would allow for more versatile training. In addition, people who have specific ball speed needs need to make sure that their machine supports the demanded speed range. 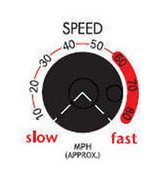 Ball spin is key in tennis since it drastically changes the behavior of the ball on the court. Thus, it is important that your tennis ball machine simulate this effect by adding spin to the ball.

Ball spin is one of the basic settings that nowadays come in even the cheapest machines. You probably won’t find a tennis ball machine that wouldn’t allow you to adjust the top spin and back spin. Tennis ball machines also allow you to adjust the spin intensity of the ball. And, like it was with ball spin, the adjustment range varies from machine to machine, so you would need to choose a machine that satisfies your needs. Tennis ball machines allow vertical (elevation) and horizontal (side to side) adjustment of the ball’s delivery direction. While most, if not all machines will allow you to change the ball direction, some machines are going to be more flexible than others.

For example, pricier tennis ball machines allow accurate adjustment a 0-60-degree range. Cheaper machines usually allow 5-10 incremental positions for ball direction adjustment. Aside from that, cheaper tennis ball machines may require you to manually adjust the elevation angle, while pricier models allow you to do it electronically with a push of a button. Playing around with the feed rate is an excellent way of adding challenge to your training session. An around 10-second delay is going to be great for beginners who still have to learn how to set up properly, increase their speed, or whatnot. A shorter delay, on the other hand, would require you to react much quicker to the ball.

Tennis ball machines also have a feature called oscillation, which basically allows them to randomize the ball delivery direction.

Pricier machines can randomize not only the horizontal but also the vertical ball direction. Vertical oscillation will force you to move back and forth on the court, as well as will force you to use a wider variety of hitting techniques.

Aside from that, a few of the priciest tennis ball machines feature fully random oscillation, which randomizes not only balls’ direction but also speed, spin, and feed rate.

Higher-end tennis ball machines have a feature called 2-line ball delivery. As the name suggests, machines with this feature can deliver 2 balls at once to make for a more challenging training session.

Tennis ball machines with 2-line ball delivery also allow you to adjust the width of delivery, usually with 3 settings like narrow, medium, and wide. Cheaper machines may have only 2 width settings.

2-line ball delivery isn’t a thing that beginners should really worry about. But if you, as a skilled tennis player, want to add more challenge to your training sessions, 2-line delivery is a good way of doing so.

Tennis ball machines are usually battery-operated, so battery runtime becomes a concern with them. The battery life is typically between 2 and 8 hours, with longer usually meaning better.

The Spinshot Player is the most functional tennis ball machine on our list.

The most remarkable feature of this tennis ball machine is that its ball delivery settings – including ball speed, feed rate, random oscillation, and spin – can be programmed and saved into custom drills for later use. Programming in this machine is conveniently done via the Spinshot mobile app.

Aside from that, unlike all other tennis ball machines on this list, the Player has 2-line ball delivery to put players’ skills to the test with. Plus, it has an inbuilt ball de-jammer for hands-free jam elimination.

In spite of its functionality and uniqueness, the Player tennis ball machine does have a couple of downsides. First, you can’t program it via its onboard panel since it can only be used for drill selection. Secondly, this thing only holds 120 balls, fewer than other machines on the list. And lastly, it has a battery life of 2-3 hours, which is comparatively short.

The Lobster Sports Elite Two tennis ball machine isn’t fully programmable and as functional as the Spinshot Player, but it still has a couple of advantages to boats.

This thing holds up to 150 balls, which isn’t the most on the list, but it is more than the capacity of the Spinshot machine. Aside from that, this thing has 4-8 hours of court runtime in it, as well as can be run from AC sources.

In terms of functionality, the Elite Two tennis ball machine is very similar to the Player. However, it doesn’t have 2-line ball delivery. On the other hand, its ball speed adjustment range is wider – 10-80 mph versus the around 20-70 mph of the Player.

One downside to note with this tennis ball machine is that the included charger doesn’t seem to have overcharge protection. Due to this, you should avoid powering this thing via an AC source since the battery may blow if you forget to unplug it. You’ll have to get Lobster Sports’ advanced charger to safely do this.

The Spinshot Pro tennis ball machine shares many features with the Player, its pricier counterpart. However, since it is cheaper, it lacks some of the Player’s functions, and it has similar functionality to the Elite Two.

What this means is that the Pro tennis ball machine doesn’t have 2-line ball delivery or programmability, but what it does have is feed rate, speed, oscillation, and spin adjustment. However, it shares its 20-70 mph speed adjustment range with the Player, which is narrower than what the Elite Two has.

One thing that you may like about the Pro is that it, unlike the Player machine, does have an onboard control panel to change ball delivery settings with. You don’t have to stick to your smartphone for this.

Aside from that, Spinshot includes a simple 2-button remote controller with this thing. It allows you to switch on and off the feeding and oscillation from afar.

As a final note, the Pro shares some of the Player machine’s downsides. Namely, it only holds 120 balls and has short 2-3-hour battery life. Still, a bit cheaper than the Player, it does offer good value for the price.

Being a simpler version of the Elite Two, the Lobster Sports Elite One is a comparatively inexpensive machine. It has many similarities with the Elite Two, but there a couple of things that differ between them.

When it comes to functionality, the only thing that is different in the Elite One is that it doesn’t have vertical random oscillation. It still has elevation adjustment, but it can’t be randomized for tougher training. It still has other settings like spin, feed speed, and ball speed adjustments, however.

Being cheaper than the Spinshot tennis ball machines, the Elite One still has a couple of advantages over them. Namely, it shares its longer 4-8-hour battery time and 10-80mph speed adjustment with the Elite Two. Plus, it holds up to 150 tennis balls.

The similarities between the Elite One and Two also mean that this model comes with the same basic charger with no overcharge protection, which is an important thing to keep in mind.

And the last model on our review of the best tennis ball machines is the iSAM Extend by Match Mate Tennis. This is the cheapest machine on the list, so it has relatively limited functionality.

You can only control ball speed, oscillation, and feed rate via the control panel of this machine. The elevation of the ball delivery also needs to be changed manually. Besides, it doesn’t come with wheels by default, which is going to make its transportation inconvenient.

In spite of this, there are a couple of things that are actually better in this tennis ball machine than in others.

The most notable advantage of this machine is that it can hold around 300 tennis balls in it, double of what the Lobster Elite machines were capable of. Aside from that, the iSAM Extend tennis ball machine has a rather long-lasting battery delivering 5-7 hours of runtime.

All of the tennis ball machines reviewed are worth their price, in our opinion, and undeniably have their perfect buyer. However, we think that the Spinshot Player completely overshadows its competitors.

The Player machine does have some minor downsides, but it offers the best functionality among the 5 models reviewed. Its wide range of settings will allow skilled tennis players to put their skills to the ultimate test. In addition, we think that this tennis ball machine is a good investment for beginners who have the budget – it will allow them to start from the basics and then progress to more difficult stuff without having to buy a new tennis ball machine!

For us, the best tennis ball machine is the Spinshot Player. But which one will be the best for you? That’s up to you to decide.

link to 3 Easy Ways To Waterproof Your Tennis Shoes

Let’s face it. Playing on a wet tennis court isn’t anyone’s idea of a fun time, nor is playing in tennis shoes that were soaked by an errant puddle left out by the club. Water can ruin tennis...

If you are in a hurry and just want to find out what the best tennis sunglasses are, then we recommend the NIKE Skylon Ace P Sunglasses as the best one. Tennis is a versatile sport that can be...

As an Amazon Associate I earn from qualifying purchases.